CHOOSING FRANCE AS YOUR EDUCATION DESTINATION

If you dream about studying abroad and getting international exposure along with a reputable degree, France is the place for you.

Quality of Higher Education
Chasing your dreams involves efforts and determination and being ambitious is the key to making your dreams come true. France offers a high quality of higher education and globally recognised degrees. The French education system is very flexible and provides a variety of courses taught in English and in French. The system has been designed keeping in mind the interests and concerns of multicultural students.
Studying abroad usually comes with a big dent in your savings but the French education system offers high quality education at reasonable prices. To support your education and help you accomplish your goals, the government and other institutions provide a wide range of aids and grants.
When it comes to accommodation, there are a number of reasonable housing facilities and providers to choose from; some of those also provide the option of choosing a roommate.

Language
Another concern that you, as an international student, might have would be the language barrier. Not knowing French is not an issue as courses are taught in both French and English. Nevertheless, knowing the French language serves as an advantage for the students as it is widely spoken and understood worldwide.
As per the surveys conducted by the team of Campus France, students who went to France with absolutely no knowledge of French were able to talk fluently in French by the time they completed their studies. It has been adopted as the official or administrative language in many countries with over 200 million people speaking French across the globe.
The world is shrinking and globalisation is helping us connect with the most remote areas. In fact, French is one of the most used languages on the internet and the third most used language on the collaborative knowledge website, Wikipedia.
There are endless advantages of learning French; it will only help you gain new heights in your life and career.

International Exposure
France is the third most popular destination for studies. Paris was awarded the title of ‘Best student city in the world’ by QS, the education company, in 2013. Moreover, French companies are one of the biggest investors in India, are continuously looking for, and tend to hire French-speaking employees, making that another reason as to why choosing France is a smart choice.
Knowing French also serves as an asset if you aim to be a part of international organisations such as United Nations, UNESCO, International Olympic Committee etc. In addition, if you are one of those who want to explore the world and go on adventures, knowing French will be an advantage for you as you can travel to more than 30 countries across the globe and speak the native language. This way, you can make global connections and the most out of your travels.

Creativity and Innovation
France is extremely rich in culture. If you are a bibliophile and love to read, you must know that France has more Nobel prizes in literature than any other country in the world. French is the second most translated language for books and offers the option of building a viable career as a translator. French literature is multicultural and very diverse which helps in building a new perspective about the world and other cultures.
France has a great global reputation in the field of Science and Technology, a determining factor of a country’s status at the international level. France has 13 Nobel prizes for Physics, 13 for Medicine and 8 for Chemistry. France also has 11 field medals in Mathematics. In terms of technological innovation, France ranks first in the European Union and third in the world for its expertise.
France, the third biggest film market in the world, is also the perfect destination for a lover of art, dance, music and theatre. If you choose to study filmmaking, or courses related to cinema, you could get a chance to go to ‘Cannes Film Festival’ and the International rendez-vous for directions.

Q.  How do you see France as a study destination for Indian students in view of recent visa curbs by leading countries?
France remains committed to welcoming Indian students,   it is a warm, friendly and safe country offering quality education in all spheres.
France has consistently taken steps to make the student visa process more transparent and friendly.
The French Embassy at Delhi, and the consulates at Mumbai and Pondicherry  process student visas, in the near future French student  visas will also be processed at Kolkata and Bangalore.
Until last year a student had to apply for a temporary residence permit upon arrival if he/she had to stay in France for a long duration, now the visa issued to students from India already gives them this status from the date of their arrival in France.
A student going to france can travel to all Schengen territories and thus have a more enriching experience as part of his/her stay.
All these measures are thus a process of facilitation for the student.

Q.  Most of the Punjabi students don’t want to study abroad but want permanent residency. How does France see it?
Globally relevant skills offer the possibility of professional insertion the world over. France allows a student to stay 6 months more after the completion of his/her studies and if the student finds a job commensurate with his qualification, he /she can then stay for a period of at least 1 year to validate a first job experience. This period can be later renewed based on conditions put forth by the company.

Q.   Why do you think students are moving to France and other EU countries?
There are many reasons. The quality of education, safety, opportunity to learn a new language , ease of mobility, finding professional internships as an integral part of  courses, experiencing a rich culture as also the number of scholarships available to study in Europe through the European Union and its member nations make for a very attractive deal. Also the global recession has perhaps contributed to students looking beyond the USA.
Aside from these factors, it is also partly due to sustained actions of Campus France by providing accurate information to thousands of students and the large number of active partnerships being inked between French and Indian institutes and universities.

Q.  What are the visa criteria for France?  Do only the interview or academic records also count?
A genuine student with a coherent academic project, the financial capability to support his stay and academic costs, having the requisite background to successfully complete the course and an appropriate level of linguistic skills (English for courses taught in  English and English and French for  bilingual courses and French language competence for courses taught in French)

Q. How important is to know the French language before a student flies to France?
If you are going to France for courses taught in English (and France offers about 800 higher education degrees taught entirely in English) knowing French prior to departure is not mandatory. However starting French learning  at any of the 15 Alliances Françaises is highly recommended, as it will serve to make the entire experience a great deal more memorable and worthwhile.
France,very  welcoming country…

Q.  These days every parent is concerned about the safety of his child. How safe is France for Indian students?
France is a very welcoming country and has a long history of absorbing people from all over the world. Most Indian students who are studying in France describe their experience as “amazing and wonderful” both for a professional and personal enrichment. France and India have a long history of mutual trust , the strong symbol of friendship being reinforced very recently when Indian troops marched alongside French troops on the French National Day.

Q.  What message you have for our students aspiring to go to France?
Prepare your study project well, take the help of trained Campus France Counselors to define your study project, and try and learn French . Gowith an open mind and the experience will be wonderful.
Some additional info for this article:
Top French universities : University of Sorbonne, Joseph Fourier, Univeristy of Toulouse, University Pierre and Marie Curie, University of Lyon
Professional Institutes of Grande Ecoles: Ecole Polytechnique, ENPC, ENS, Ecoles Centrales, Ecoles des Mines, INSAS, HEC, ESSEC, INSEAD, ESCp-Europe the ESCs, Sciences-Po, and so many many more.
These are not ranked in any particular order
Top courses in demand: Management , engineering and technology,
Fee structure  from 400 euros per year in public universities, to on n average 12000 euros for masted programme taught in English, exceptionally 45000 euros or MBAs at the top listed B schools.
Any warning signals :Counselor-Campus France: Nidhi Chopra ([email protected]) 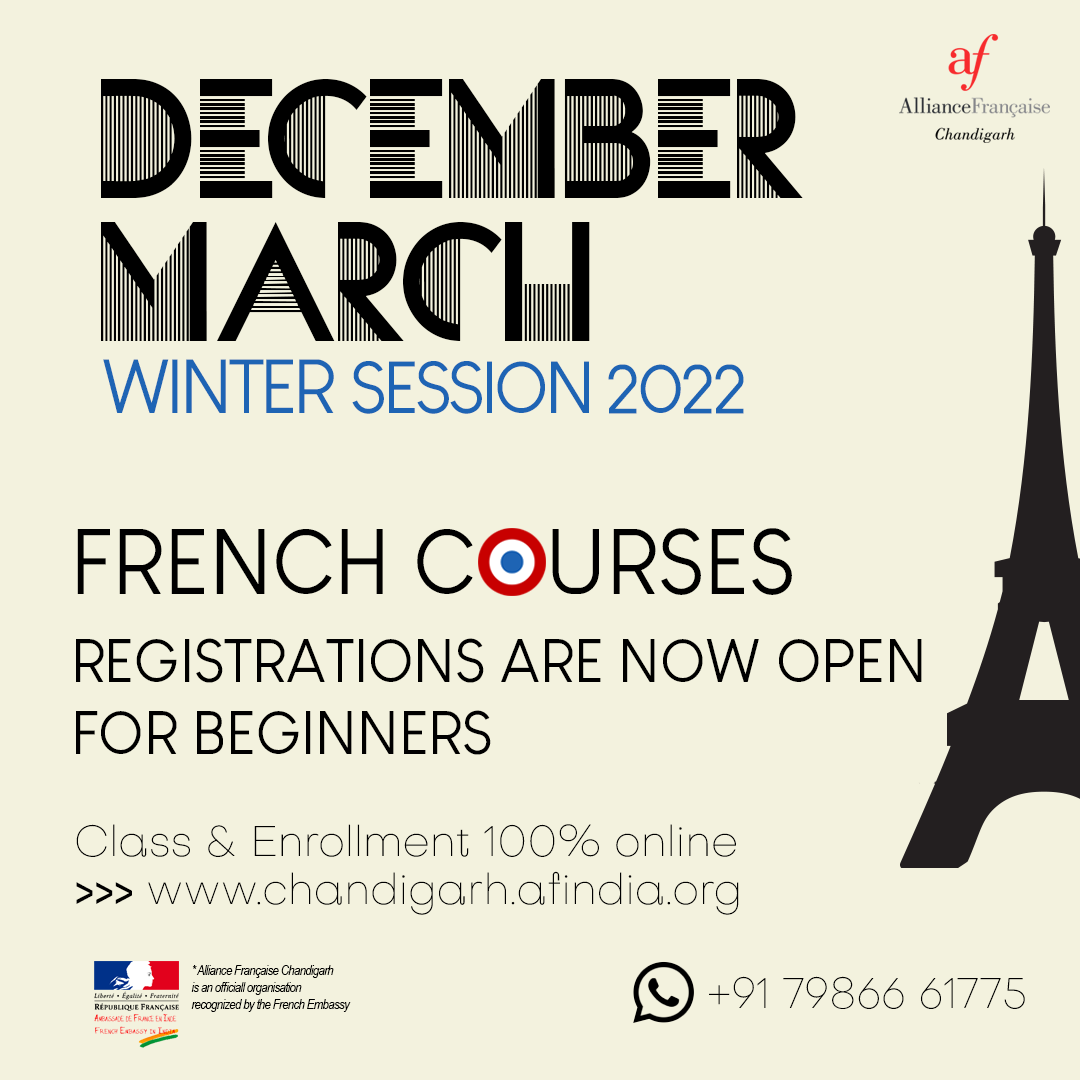