From March 16 to 24, 2019, Alliance Française de Chandigarh celebrated the 24th edition of the French Language and Francophonie Week.

“Dis-moi dix mots” visible in the Alliance was the symbol of that week. Ten words were placed throughout our Alliance with a specific meaning.

First of all, the international competition La Plume d’Or took place on March 20th, for which the reward was a week stay in Paris.

Then, on the occasion of Good France Day, we had the opportunity to taste a French meal at the hotel Lalit Chandigarh, where we awaked our taste buds while discovering the flavors of France.

Finally, we organized a Sports Day on March 23, for which our students had the opportunity to play sports which are popular in France such as petanque, table tennis, and table football.

We hope you had a great French Language and Francophonie week! 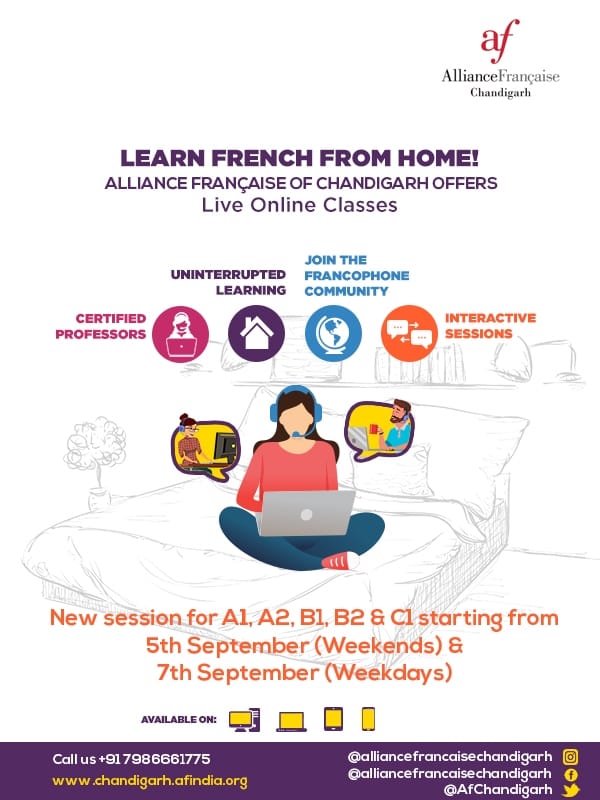